Because no fire without magic

The Firemagic Production was formed in 2004, one of the first fire dance and fire juggling companies in Hungary. In the last 18 years they have performed in several events worldwide. The internationally known team of Firemagic has created a new performing art trend in fire juggling: acrobatic fire dance, which fuses acrobalance elements with fire juggling and stage dance. The team has envisaged to make this new trend popular, reach the highest possible level in performance; and entertain the spectators with more and more dazzling extreme shows.
Firemagic has become so well-known that their name is now synonymous with the profession. They perform in more than 10 countries from the United Arab Emirates to Italy with the biggest companies (Microsoft, Crytec, NavNGo, Heineken, vodafone, Goodyear, Michelin, Bosch, Danubius Hotels etc.) as their satisfied customers.
They are proud to have the same 4 people at the core of the team since the beginning, that is for 18 years now. They are the ones who perform the breathtaking shows but with the help of professional acrobats and dancers they can easily stage big shows with as many as 10 people as well. This is the work of confident, skillful and responsible artists who can work well with each other.

Why should you choose Firemagic Production?
– 18 years of experience in events
– The members of the team have pyrotechnist fire safety certification
– Spectacular, huge fire effects, safety even indoors
– Colorful repertoire, several shows can be performed in one event
– Any special requests can be executed
– Private label brand for LED and fire equipment [Firemagic SmartPoi]
– Own stagecraft
– Free SmartPoi show included in every show! [More about this…]

"Besides handling their equipment like pros and moving on stage with excellence, they also have fantastic stage presence. At the "Fényes Napok" event in Mátészalka, they entranced the spectators. They are reliable, nice, spectacular, and above all, very talented. It is a wise decision to invite them." 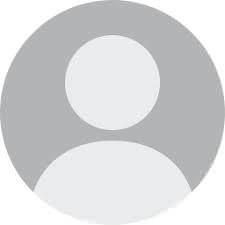 Béla Buzogányactor-director
"They are a team of pros! We have worked together with them several times with fire dance and LED shows as well. I can recommend them heartily! Spectacular show, fantastic team!"

Janka GicziSpirit Hotel Sárvár
"We have been working together for six years in different kinds of events, and they always enchant our audience. They are professional and flexible, it is a pleasure to work with them. We recommend them cordially for high standard events."

What is the SmartPoi?
SmartPoi opens a new dimension in the world of performance. Our self-made LED juggling tool, which dazzlingly in the air spinning, display your business logo, image, pattern, and short text. Fantastic experience for the audience.
Now free 2,5 minutes SmartPoi show to all performances!
[More about this…]